Digital Rupee: Today is the information age in which the whole life of all of us is changing because technology is changing. That’s why now our way of transacting money is also changing.

The Reserve Bank of India has started the pilot project of Digital Rupee from 1st November.

This is India’s first Central Bank Digital Currency (CBDC) which is being called Digital Rupee, through this testing money transactions will be done in government securities.

The continuous development of technology has given a digital form to the traditional form of money transactions.

Now the world is moving towards cashless economy. In such a situation, India also does not want to be left behind.

In February 2022, Finance Minister Nirmala had announced the introduction of digital currency in her budget speech. According to RBI, nine banks have been identified for participation in the wholesale segment pilot project.

What is Digital Rupee?

According to the Reserve Bank of India, CBDC is a legal currency issued by the central bank in digital form, which is similar to paper currency and can be exchanged with paper currency if required.
We can understand it in simple words that Digital Currency (CBDC) or Digital Rupee are currency notes in digital form issued by RBI.
Digital Rupee is money converted into electronic form which can be used for contactless transactions.
Digital currency in India will be of two types, Wholesale CBDC (CBDC-W) and Retail CBDC (CBDC-R),
Wholesale CBDC will be used by select financial institutions only while retail CBDC will be used by all

Now Indian people also do a large number of digital transactions, so CBDC will have many benefits in future.
Minister of State for Finance Pankaj Choudhary had told the Lok Sabha last year, “Digital Rupee will have many benefits. This will reduce the dependence on cash and at the same time make the CBDC strong, reliable, regulated and a legitimate means of payment.
When Digital Rupee will be used in the country, then the need to keep cash with you will reduce and you will not need to keep more money in your traditional wallet.
People will be able to keep digital currency in their mobile wallet which can also be easily converted into cash.

The use of digital currency will get rid of the problem of counterfeit currency and at the same time there will be no cost of printing paper notes.
Since Digital Rupee is a digital currency, it will never be damaged. 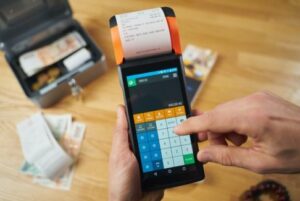 What is the difference between Cryptocurrency and Digital Rupee

Cryptocurrency and Central Bank Digital Currency- The main difference between Digital Rupee is that Digital Rupee will work completely under government control and it is a government backed legal currency.

While cryptocurrency is a private currency, it is not monitored by the government of any country, nor does the central bank have any control over it.

Read This : 13 Different types of input devices of computer- an easy guide

Click here to -Read this Article in Hindi Language